＜Overview＞
The Zumo robot is a robot that is supposed to use Arduino as the main controller.It measures less than 10 cm on each side and weighs approximately 300 g with an Arduino Uno and batteries (165 g robot alone). It is a  perfect robot for mini robot sumo.


Although this product does not require assembly and soldering,it requires only Arduino main unit and 4 AA batteries (not included in this product). 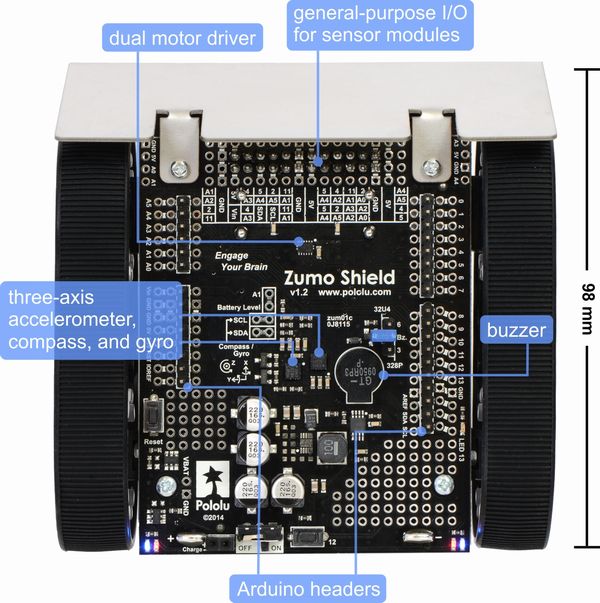